There's been a change at Red Planet! Hurry to open the news to see the main details of the update. 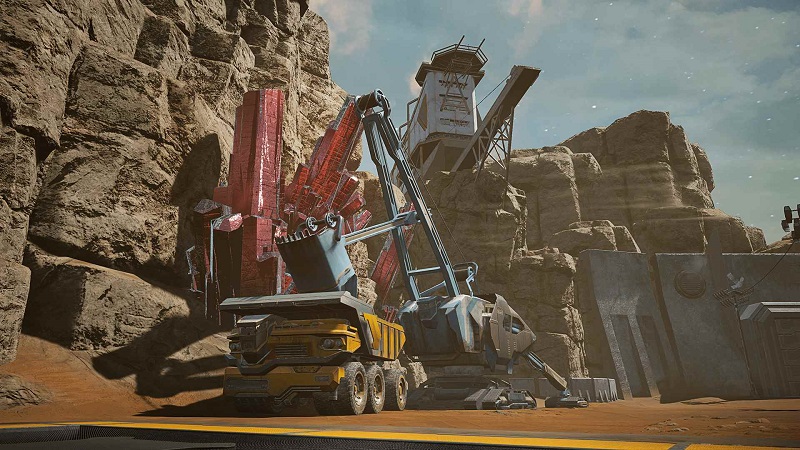 Have you already had time to explore all the open locations on Mars?

Then meet "Furrin - the first deposit".

Furrin is a place shrouded in darkness. It holds the history: Ares was found here, the original source of all new age technical achievements and the cause of the first Martian War. Furrin was the place that opened the beginning of the great colonial mission.

Do you like communication? Is coordinating your allies important to you? Then the following changes are for you.

Spending time in the game is more interesting by completing daily tasks.

- 11 daily tasks;
- Changed mechanics of auto-replenishment of tasks: after completing a task there is a new one with a smaller reward;
- Mechanic of replacement of tasks after their completion (replacement cost = 1/5 of the cost of the award);

Given the requests of the players, we rebalanced the tanks:

- Increased the amount of ammo in a clip (from 12 to 18);
- Decreased reload time of main weapon (from 12 to 10);
- Changed the duration of the "Acceleration" effect from the ability "Contour acceleration" (from 6 to 8), the effect "Damage increased" (from 3 to 4), reload (from 18 to 20);
- Increased the reduction time of the skill "Stopping Time" from the talent "Temporal Connection" (from 2 to 3);
- Changed the talent "Improved Jerk" (now gives 2 ability charges).

Work was done to optimize the game for weak PC.

Completing missions on Mars is more exciting in tactically clever battles. Now your battles in Death match mode will become much more exciting.

- Control points are unavailable for capture for up to 7 minutes. It's time to think through your battle tactics and show who is the true defender of Mars.

For us the opinion of players is important, that's why changes were made to the economy of the game.

We made changes to the advanced settings to ensure a comfortable gaming experience.

- There is an ability to invert mouse X and Y in sensitivity settings.

- The tank progression branch within the battle has been moved from the left edge of the screen to the right;
- FPS and Ping moved from lower right edge to upper right edge;
- Now there is a display of current tank's speed (in km/h and miles/h) in UI;
- Changed the mechanics of entering combat. Now everyone who pressed "accept" is allowed into the battle, regardless of those who did not have time.

Fixed a number of bugs and errors.

We look forward to seeing you on the battlefields of Mars!
Top
Post Reply
1 post • Page 1 of 1