Time does not stand still, and the developers are ready to please players with new changes. Now it's even more interesting to conquer the Red Planet. 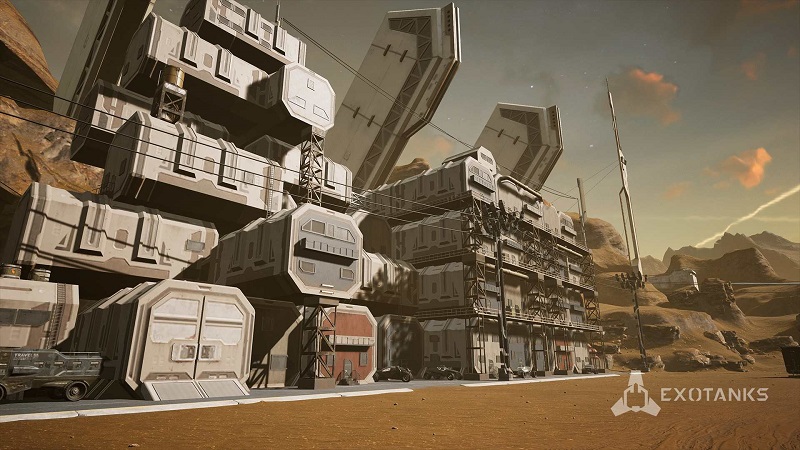 It's time to get acquainted with the changes in the game:

- Microcircuits have been added in response to the wishes of players who cared to make changes to their equipment.

This configuration element is a passive built-in tank amplifier. 1 chip changes 1 numeric value.
Each tank has 18 chips (most of which are unique and tied to the mechanics of a particular tank).
In terms of balance, all chips are equal to each other and cost the same. At the first level of the tank player is given the opportunity to learn any 4 microchips for free.
To learn the next chip, you need to raise the level of the tank and buy a chip (for Ares or Credits). You can learn chips in any order.
Any 3 unlocked chips can be used to make a configuration, name it, and use it in a match. On the draft screen, the player can choose which configuration on a given tank he wants to use in a specific match or set one as the default configuration in the hangar. Configurations of all players who participated in the match are visible on the additional tab with the same name in the stats screen after the match.

Now each tank has its own experience scale, by pumping which you can raise the level. Every several levels of a tank gives it a certain rank, which is shown with a special medal (glass, bronze, silver, gold, platinum) on all game screens.

1. Introduced alternative modifications on ranks 3 and 5, increasing damage (previously there were only those that increase the strength of the tank).
2. There is a 6th rank which automatically learns all possible modifications on the tank.
- Finished and improved mechanics of daily tasks.
3. All tasks are now displayed in a certain color which corresponds to its difficulty and reward. (Grey - normal task, Green - unusual task, Blue - rare task, Purple - exotic task).
4. Rewards for Green and Blue quests increased by 50 credits. The cost of all quests is now (100, 200, 300, 400 credits).
5. Changed awards for redoing (instead of 1/5 for primary redoing the task player will get 1/2 value, for secondary redoing - 1/4 of the usual value of the award).

- New skins have been added for all those who appreciate beauty and whose tanks always have a stunning appearance.

- Conducted basic changes to the tanks. Some indicators have been redesigned (slightly weakened in the initial stage of the match, due to the strengthening of modifications and the addition of chips).

- Changed most of all tank modifications and added new ones.